I doubt there are very many people around who never have heard of the Coleman Company and its products.  Coleman is the most recognizable name of camping equipment in the world today and can be seen at almost every campsite on any given day.  Coleman campers and travel trailers, which are now manufactured by Dutchmen, are still very popular today.

We have many Coleman products in our trailer, from lanterns to stoves.  The company is diverse and is committed to quality, which is the reason it has survived since 1901.

Coleman has risen to become the number one name in recreational and camping equipment, but their products did not start out as recreational items.  Even today the Coleman nameplate can be seen on equipment that has nothing to do recreational activities, even our household air conditioner is a Coleman product. 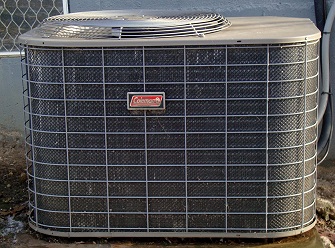 William Coffin Coleman, the founder of the Coleman Company, was working as a typewriter salesman in 1900.  Company historians claim William was taking an evening walk in Brockton, AL, while on company business, when he saw a gas powered lamp in the window of the local drug store.

He was impressed with how brightly its light shined, allowing him to easily read a newspaper with his poor eyesight.  He also was impressed with the fact that it did not have the flicker that the kerosene lamps had, which were commonly used in that day.

William was so excited about the lamp that he arranged to sell the lamps for the Irby-Gilliland Company, the lamp’s manufacturer.  He traveled to Kingfisher, OK to begin his new venture.  To his surprise, he was only able to sell two lamps his first week.

After a little investigation, he discovered another salesman had sold dozens of these lamps to the town’s shopkeepers in the past.  The salesman left a little too soon and was unaware that the lamps could not be cleaned and quickly became clogged with soot.  This caused the lamps to be able to stay lit.  Obviously, the shopkeepers felt cheated and had no desire to purchase any lamps from William.

William decided to alter his direction slightly, after considering this new information.  Instead of selling the lamp, he decided to rent them for a dollar a week.  He would clean and service the lamps himself.  Then he went one step further offering a warranty on the rented lamp, which released the customer from payment if the lamp failed to work.

This proved to be a very profitable venture for Coleman and caused the shopkeepers to have to purchase his service, in order to stay competitive.  By 1902 William’s two brothers in-law bought into the company for eight percent of the interest.  He also moved the company to Wichita, KS, the current company headquarters

The following year Coleman bought the rights to the lamp, improved its design, and named it the Coleman Arc Lamp.  Being a shrewd marketer, William arranged to have his Arc Lamps used to provide lighting for a local Friday night football game. 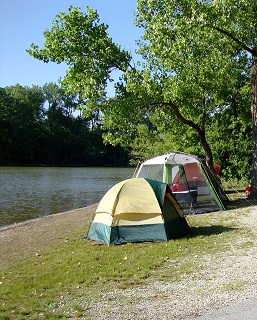 Each name change corresponded with the company’s focus at that time in history.   Coleman was focused on improvement and diversification.  By 1909 he had adapted his lamp for portability, by adding a gas tank under the lamp with a flat bottom to act as a base stand.  He also added bug screens to protect the mantles for use outside.  In 1914 the gas lantern was invented for use in stormy and cold weather. 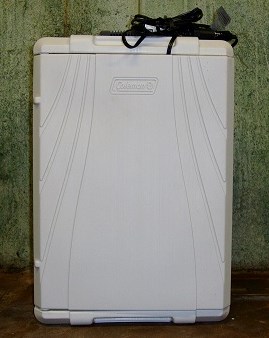 About this time World War I had broken out.  Our nation’s farmers were asked to supply as much wheat and corn for the Allied troops.  The government had realized the farmers would need bright reliable lighting that was portable, to help meet the demand.  As a result, the Coleman lantern was listed as one of the essential items to aid in the war effort.

In 1925 William’s oldest son, Sheldon Sr. joined the company after graduating from Cornell University with an engineering degree.  By this time they added gas cook stoves to their product list.  At first it was for residential use, but Sheldon saw the opportunity for growth by adapting their products for use in the rapidly growing RV industry.  Soon Coleman lamps, lanterns, hotplates, and stoves were the appliances of choice in most of the campers and house cars.

As electricity was making its way to Rural America, Coleman began to give greater attention to the RV and camping industry.  In 1926 they published “Coleman Motor Campers Manual”, with many helpful hints and “how to” articles. 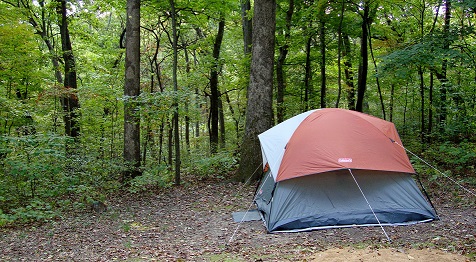 After World War II broke out, the military came to Sheldon.  They asked him to manufacture a one burner gas powered cook stove that was small and light enough for the GIs to carry in their back packs.  Coleman designed and shipped 5,000 Coleman Pocket Stoves, weighing a mere 3 pounds, to our troops in November 1942.  Coleman also produced military lanterns for the Navy and parts for the B17 and 29 Bombers.

In 1949, Sheldon realized the conventional furnaces used in camping and house trailers would leave the floor area cold, while the ceiling area was warm.  To this end, the Coleman Company designed and marketed the first down draft furnace.  This furnace fed the warm air to the floor, which allowed better air circulation and provided a more comfortable living area.

With the end of the Korean War, in 1953, Coleman lost the ability to rely on any more government contracts.  Along with this, the demand for their oil heaters and gas floor furnaces dropped substantially by the end of the decade.  Coleman had to change their focus in order to survive. 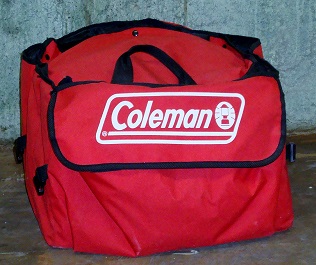 Leadership in the Recreational Industry

Sheldon Sr., who became president of the Coleman Company in 1951 and Chairman in 1957 after his father’s death, saw that the demand for the Coleman portable ice chest and insulated jugs were sky rocketing.  He chose to expand the line of camping products.

Along with Lawrence Jones, who was hired as Company President in 1964, the Coleman Company introduced backpacks, sleeping bags, canoes, camping trailers, and many other products into their lineup.

By 1977 the company’s recreational division had grown extensively, due to their commitment to quality and ability to conduct on site repairs to their equipment at Coleman Service Centers, nationwide. 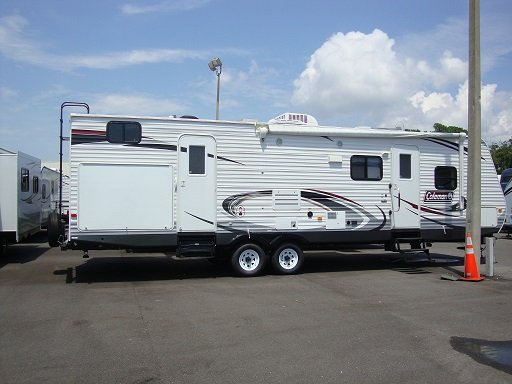 There are many things that changed with Coleman from that point on, as the company was eventually bought out in the late 1980’s and again in the mid 1990’s.  Their camper division got sold to Fleetwood Industries.  When Fleetwood closed the line in 2011, Dutchmen Manufacturing bought the rights to the name and marketed the line with new and expanded floor plans.

Even though the Coleman Family is no longer associated with the Coleman Company, the one thing that has not changed is the popularity of their products.  They still manufacture a quality product at a price that the common person can afford.